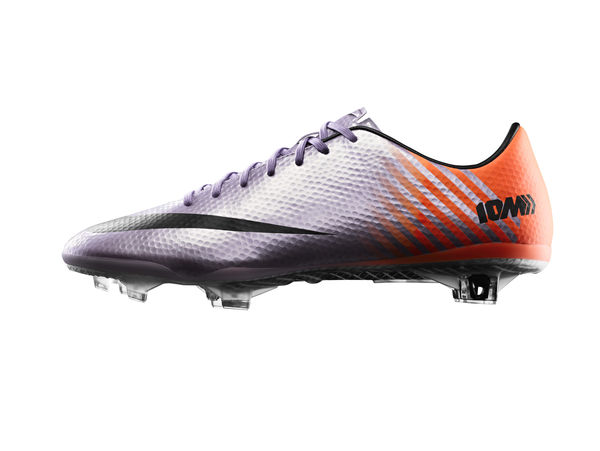 The 2010 shoe featured several groundbreaking elements, including Nike Flywire technology for highly lightweight, supportive construction. The shoe featured high-contrast metallic purple and orange not just for style but to help players spot each other in the hustle and bustle of an elite level soccer game.