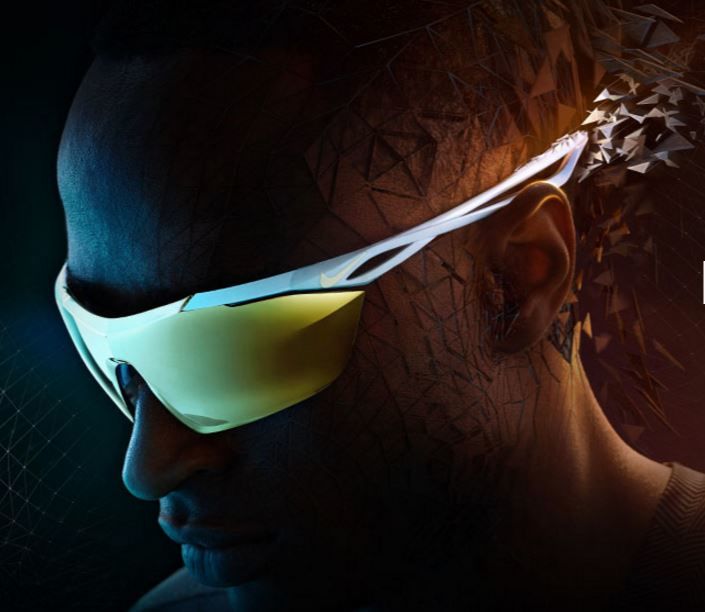 Joey Haar — August 9, 2016 — Lifestyle
References: nikevision & wired
Share on Facebook Share on Twitter Share on LinkedIn Share on Pinterest
Built in collaboration with VSP Global, a group of glasses designers, and Zeiss, an optics design team, the Nike Wing is the sports apparel company's most advanced athletic sunglasses. In the name of speed, the Nike Wing is less a pair of sunglasses and more "a single-body curved sun shield," according to Nike's press release.

Indeed, the Wing looks like a pair of sunglasses in only the broadest Platonic sense. The glasses wrap around a wearer's head entirely, rather than resting on their ears, and the glass of the lens is held in place with a completely new material to accommodate the single body glass. The result is a piece of eyewear that weighs in at 26 grams and makes as little contact with the head as possible.

This high-perfomance eyewear, which will be in use at the Rio 2016 Olympic Games, shows the lengths that athletes will go to to maximize their output.
4.3
Score
Popularity
Activity
Freshness
Get the 2021 Trend Report FREE