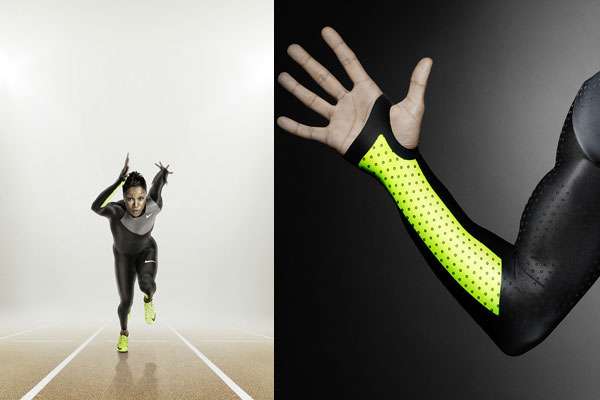 Meghan Young — May 11, 2012 — Art & Design
References: nikeinc & fastcodesign
Share on Facebook Share on Twitter Share on LinkedIn Share on Pinterest
Jamaica’s Usain Bolt may be the current record holder for the 100-meter dash, but that might change sooner rather than later thanks to the Nike TurboSpeed Suit. Inspired by golf balls, the Nike TurboSpeed Suit boasts a bumpy surface and special lightweight material that can make runners .023 seconds faster over 100 meters. Designed for both genders, it might even afford female competitors a chance at finally beating the record Florence Griffith-Joyner set 24 years ago. At least, for those athletes representing America, Germany, China and Russia.

The Nike TurboSpeed Suit endured thousands of hours of wind tunnel tests, resulting in aerodynamic dimples that reduce drag on areas where resistance is strongest such as the wearer's shoulders, arms and calves--just like a golf ball. Each suit is made from the equivalent of 13 plastic bottles.
5.9
Score
Popularity
Activity
Freshness
View Innovation Webinars