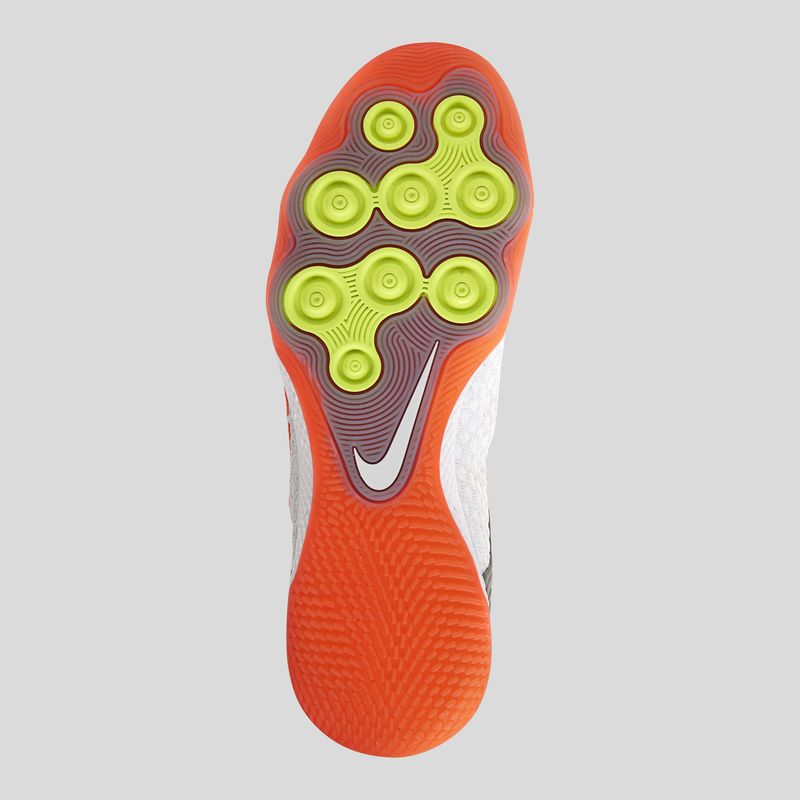 The Nike React Gato Was Created Specifically for Futsal Players

The design of the boot was created based on studies from the Nike Sports Research Lab (NSRL) that observed directional forces and player controls. After identifying that there are four times the touches, twice as many shots, and about four times as many goals scored during a game of futsol, Nike developed a footwear design with flexible “touch pods” that give wearers more feedback from the ball underfoot.