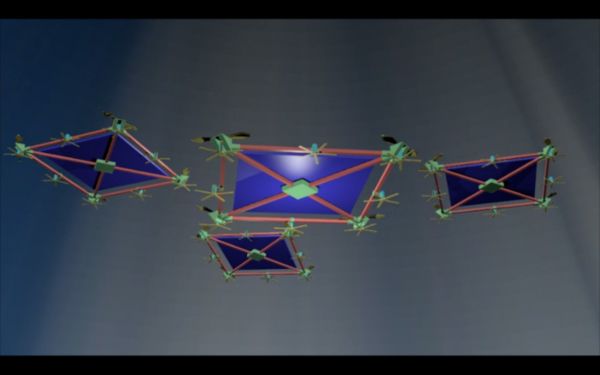 Michael Hines — December 4, 2013 — Eco
References: newwaveenergyuk & gizmag
New Wave Energy UK is doing its part to restore the good name of unmanned drones with its conceptual power-harvesting UAV. The idea behind the drones is that they would fly high in the air, around 50,000 feet, and gather wind and solar energy that would then be transmitted to wireless receivers on the ground. The drones would measure 65' x 65' and would have a couple of wind turbines and a flat solar panel. The UAVs would move slowly in pursuit of the sun but would mostly hover in place.

In addition, New Wave Energy UK says that one drone could send up to 50 kW of energy to a receiver on the ground. The company is planning to run a Kickstarter campaign to secure $500,000 to help build its first working prototype, which the company says can be up and running six months after the project is funded.
3.6
Score
Popularity
Activity
Freshness