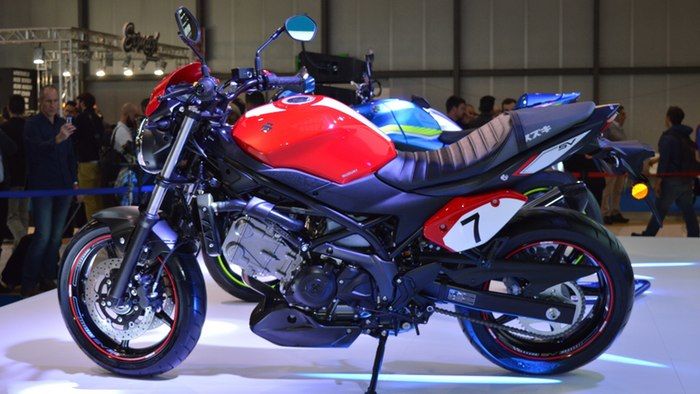 Rahul Kalvapalle — November 24, 2015 — Autos
References: youtube & gizmag
Share on Facebook Share on Twitter Share on LinkedIn Share on Pinterest
The Suzuki SV650 is a new Roadster that is essentially an updated, upgraded and improved version of the middleweight roadster that has garnered so much acclaim in motorbike circles. This particular iteration of the bike comes fully equipped with a brand new frame and a reimagined V-twin engine that allows for greater power and lower fuel consumption.

As far as design is concerned, this new Roadster boasts a sleeker, cleaner and lighter design than its predecessor. Its engine updates include brand new pistons and rings, a new cooling system and an improved exhaust, all of which come together to offer an increase of four horsepower to the peak power. The 47.2 pounds-feet are produced at 8,100 revolutions per minute.

This bike is the latest in a growing line of motorbikes that prove that improved performance can be had with reduced fuel efficiency.