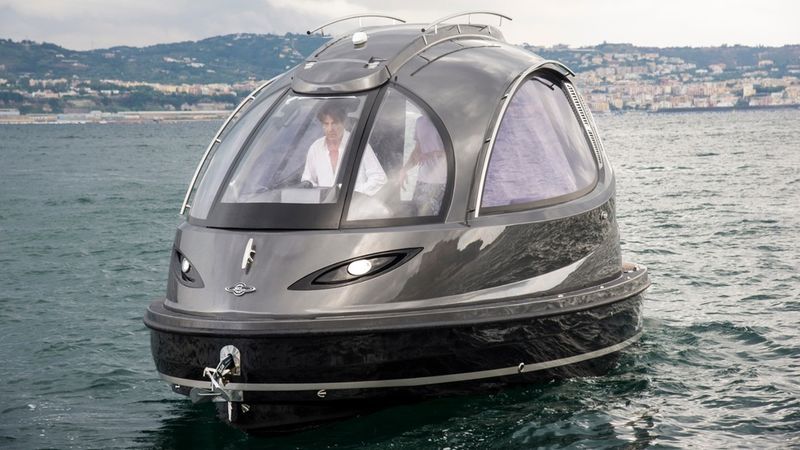 The 2016 Jet Capsule Features a Number of Passenger-Friendly Upgrades

The 2016 version of this incredible vehicle is all set to retain the distinctive pod-style look, while including a wide variety of features and upgrades. There's no question that this vehicle was conceived as a water taxi or personal watercraft, which explains its full carbon body and photochromic windows. The yacht is equipped with a rooftop sundeck, while the driver's controls allow for rear and underwater camera views.

With its high-tech features and distinctive appearance, the Jet Capsule is sure to be a big hit on the waters for a variety of purposes.
6.6
Score
Popularity
Activity
Freshness
Access Advisory Services

Bulimic Boats
The Piranha USV is a Lightweight Badass
play_circle_filled