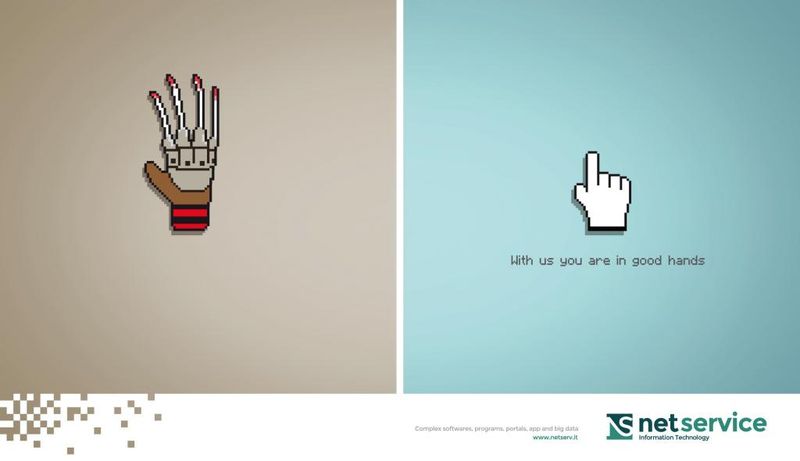 Laura McQuarrie — October 6, 2014 — Marketing
References: coloribus
These funny Netservice ads are just in time for Halloween, showing some rather creepy looking computer cursors beside the normal friendly-looking five-fingered white ones. On the left sides of the ads are cursors shaped like the hands of Freddy Kruger, a zombie and a pirate's hook, which would be far less nice to interact with than the plain white pointer that most computer users are familiar with.

The print ads from Touché, Bologna are a clever way to reiterate that with Netservice, "You are in good hands." Although you don't actually do much interaction with an 8-bit cursor, it's easy to imagine that even attempting a handshake with any of those three creepy cursor hands would lead to someone getting more than a little maimed.
3
Score
Popularity
Activity
Freshness