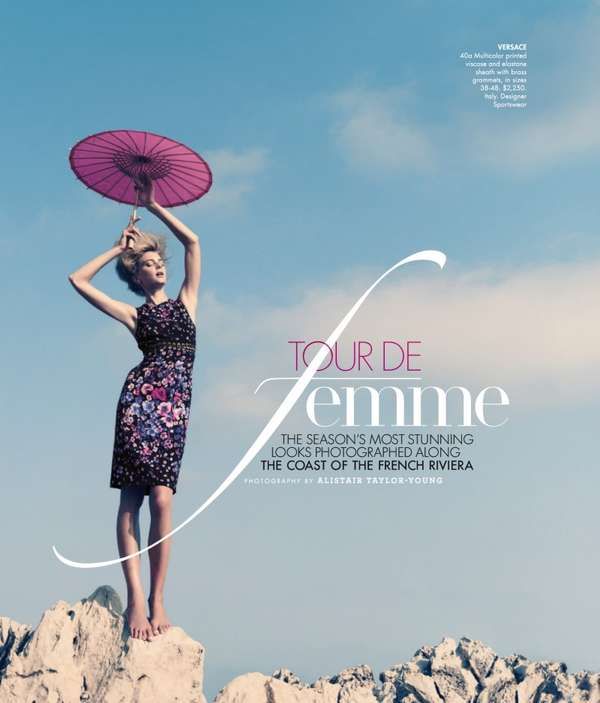 Meghan Young — January 22, 2013 — Fashion
References: neimanmarcus & fashiongonerogue
Share on Facebook Share on Twitter Share on LinkedIn Share on Pinterest
With a touch of the exotic and a huge dose of seaside freshness, the Neiman Marcus Resort 2013 lookbook will inspire many women to update their wardrobe for the spring months. The floral patterns and pastel colors would get anyone thinking about the upcoming season. And the blue skies, inviting waters and craggy rocks will have them wishing it will come sooner rather than later. Overall, the images complement each other beautifully.

The Neiman Marcus Resort 2013 was lensed by photographer Alistair Taylor-Young. Captured on location at the French Riviera, it stars model Sigrid Agren. The French-Swedish model showcases an elegant and sophisticated wardrobe, which is full of pieces from Gucci, Versace Emilio Pucci, Oscar de la Renta and Stella McCartney. Her looks are perfected with windswept hair.
4.3
Score
Popularity
Activity
Freshness
Get Better and Faster

Gothic Luxury Editorials
'A I R less' by 2-Times.com Captures Haute Couture Down Under