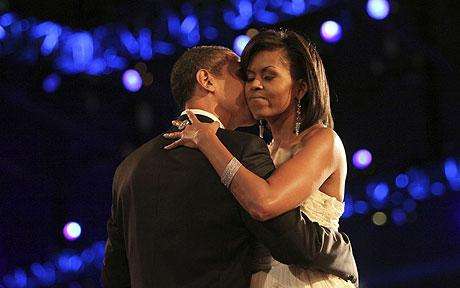 Michelle and Barack Obama Dance to ‘At Last' At Neighborhood Ball

The President and his First Wife swayed to the vocals of Beyonce, who had the honor of doing the vocals for their first inaugural dance at the Neighborhood Ball. She performed the song, ‘At Last,’ by Etta James, a song that will no doubt climb high up the download charts over the next days.

Both sported white, Obama in a white tie, and Michelle rocked a Jason Wu one-shouldered gown, a look we already predicted will be hot in 2009.
1.2
Score
Popularity
Activity
Freshness
Attend Future Festival Virtual