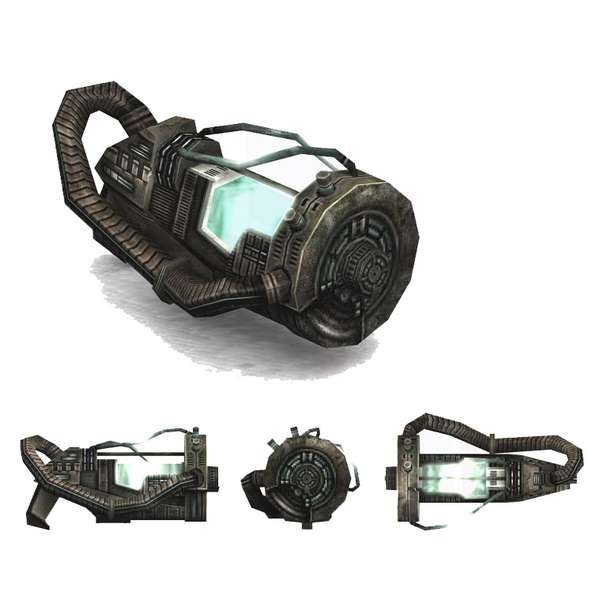 Chris Skleryk — January 19, 2007 — Tech
References: engadget
Share on Facebook Share on Twitter Share on LinkedIn Share on Pinterest
With technology pushing the boundaries these days it only makes sense that weapons would be one to benefit from it. The Railgun once a fictional FPS video game weapon from quake has spawned on our generation in very real 3D form. An 8-Megajoule Railgun has been officially created and tested worthy of being added to US naval ships. The Railgun utilizes massive amounts of energy, rather than combustible gun powder to propel nonexplosive projectiles at incredible speeds. These projectile are powerful enough to equal the damage inflicted by a Tomahawk cruise missile. Ranging 200 - 250 nautical miles, which is substantial to the 15 nautical mile range that current 5" barrel guns have now, i would not want to be sailing in it's vicinity. Only costing the Navy around $1000 per shot once aboard, will put a little more change in the Navy's pocket, where a cruise missile costs around $1,000,000 once it is deployed. Not only does this sound like a revolutionary step in weaponry technology, imagine a 32-Megajoule Railgun planned to be released in June!
3.4
Score
Popularity
Activity
Freshness
Get the 2021 Trend Report FREE