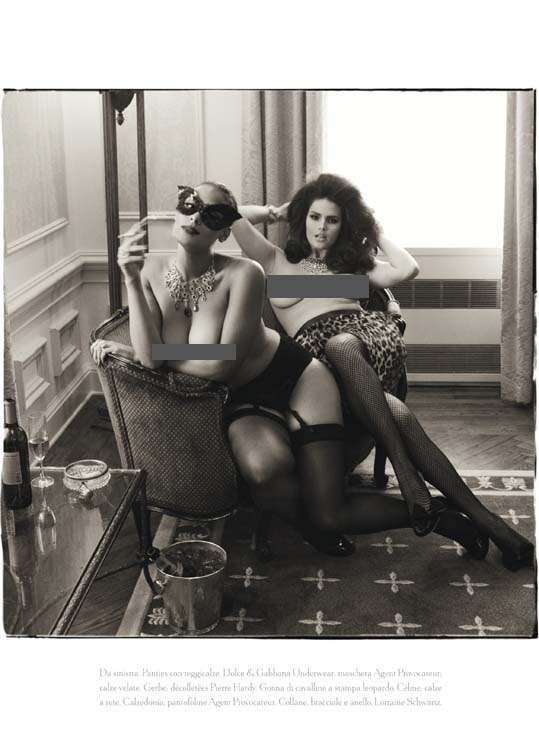 The entire collection is shot in aged, sun-burned black and white film, with the burned edges around the photo still intact. Set in a dramatic and somewhat mysterious setting, the Vogue Italia June 2011 spread is definitely captivating. The contrast between the dressed and nude models is offset with an occasional facial mask, which adds to the mystery factor of the entire series.

The clothes themselves are elegant but quite simple, accentuating every curve of each beautiful voluptuous body.
6.2
Score
Popularity
Activity
Freshness
View Innovation Webinars