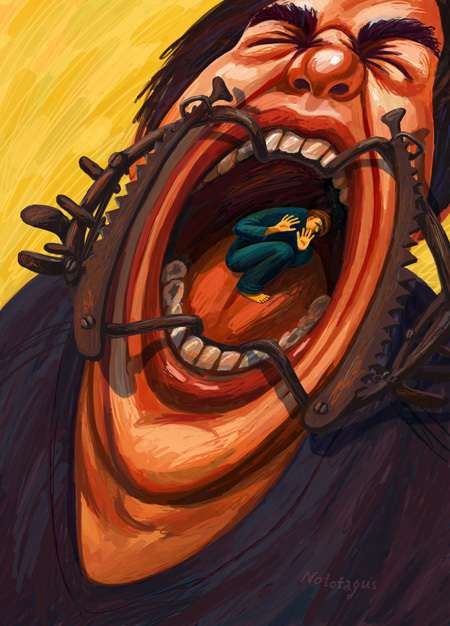 Nata Metlukh is a San Francisco-based artist specializing in editorial and children’s illustration. His work is a thrilling world of fantasy comprising of giants sleeping on mountains, a doctor coming out of a can of Spam, and other delightfully random concepts. Metlukh sources his inspiration from humorous editorial illustrations, children’s books, art journals, hand-drawn animation, artists’ sketchbooks and traveling. He even captures Marilyn Manson taking off his face and showing his true self.

These illustrations are not possessed by supposed evil supernatural forces, but rather by strong, childlike concepts and emotions that ensure you’ll have a blast going through each piece.
4.6
Score
Popularity
Activity
Freshness
Get Better and Faster