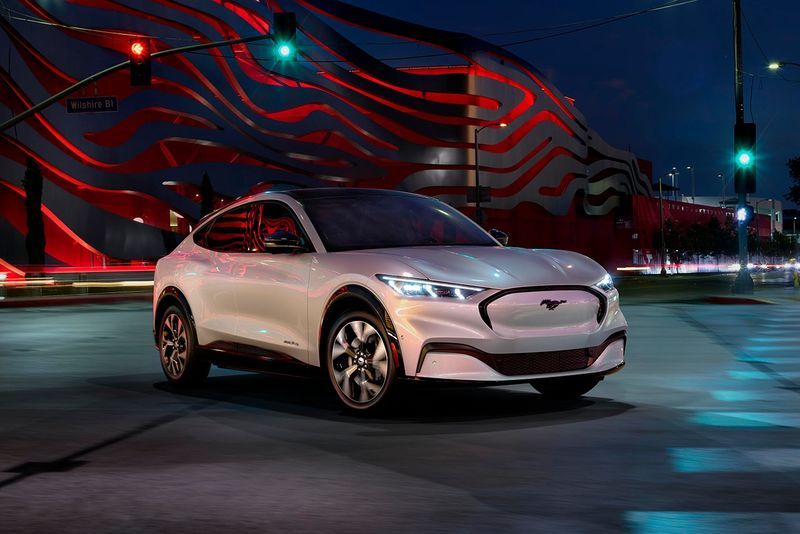 Daniel Johnson — November 18, 2019 — Autos
References: ford & hypebeast
Share on Facebook Share on Twitter Share on LinkedIn Share on Pinterest
Ford officially showcased its new 'Mustang Mach-E,' which is an electrically powered four-door SUV crossover. The company will price the car starting at $43, 895, and the GT versions will have a price point of $60,500. Additionally, a few different options will be available for the car -- the standard versions will have a 75.7 kWh battery, as well as rear-wheel drive.

The standard version of the Mustang Mach-E will have a range of 230 miles, while the all-wheel-drive version will have a slightly shorter range of 210 miles.

The GT Performance edition of the car is able to produce 459 BHP as well as 612 lb-ft of Torque. It can accelerate to speeds of 60 Mph within approximately 3.5 seconds. It also comes with Flexira aluminum calipers, which improves the car's suspension system.