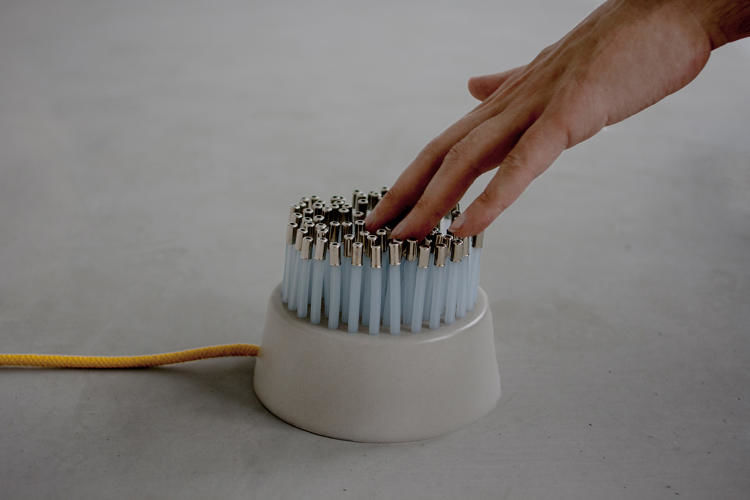 'Neo' is a Musical Synthesizer That Uses the Sense of Touch

Cadhla Gray — October 26, 2015 — Tech
References: lolagielen.nl & fastcodesign
Share on Facebook Share on Twitter Share on LinkedIn Share on Pinterest
Lola Gielen is a Dutch designer that felt frustrated by her lack of musical talent and so, created a musical synthesizer that still incorporated the idea of tactile manipulation. 'Neo' is a machine that allows anyone of any and skill level to play beautiful, harmonious music.

The musical synthesizer only uses harmonious tones so that all combinations sound pleasant to the ear. By moving metal balls into different positions within the divots of the instrument, different sounds are produced. There are then four different silicone tops that can adjust volume, rhythm and even mimic the sound of wind.

Gielen sees Neo being effective in health and education industries, as it can be therapeutic to produce music, even if you may be tone deaf. Ideally, she hopes it will be incorporated into old age homes, schools and used with people suffering from autism.
3.6
Score
Popularity
Activity
Freshness
View Innovation Webinars