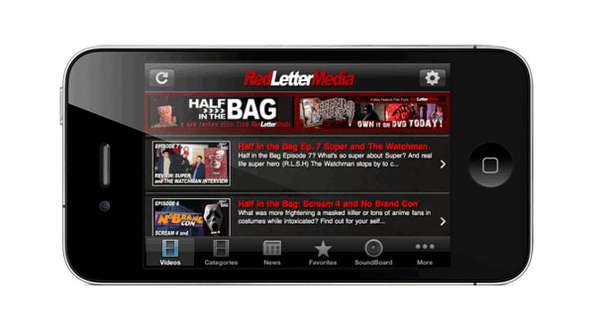 What’s truly unique about the Mr. Plinkett App Zone is that it features functions I would have never thought to include into an app based on the production company’s infamous movie reviews. Sure, you’ll get your standard news feed as well as online videos, but a soundboard with the production company’s most popular characters’ sayings? And that’s just scratching the surface. By far the zaniest feature to be included in the iPhone app is the ability to e-mail pizza rolls to people, an inside joke fans of the character Harry S. Plinkett will surely appreciate.

You can purchase the Mr. Plinkett App Zone on the iTunes App Store for a modest $0.99.