Stars Revealing Too Much?

Eva Mendes Would Rather Go Naked 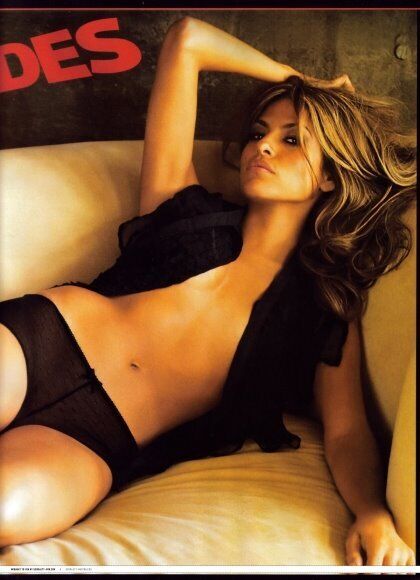 The actresses wore sexy and revealing lingerie while they struck very suggestive and provocative poses.

For example, nudity-happy Eva Mendes was rocking black, see-through lingerie as she laid on a coach looking straight ahead, as if daring magazine readers to look away.

Paz Vega, who I believe is not as nakedness-happy as Eva Mendes, was clad in white knickers with a long-sleeved top.

Meanwhile, ScarJo, who looked like she had a hair emergency and needed a stylist as soon as possible, chose to titillate with her famous cleavage and some bare legs.

Needles to say, Gabriel Macht and Samuel L. Jackson who are the male co-stars of the flick, were nowhere to be found. The film debuts on the USA on December 25th.
4.6
Score
Popularity
Activity
Freshness
Access Advisory Services