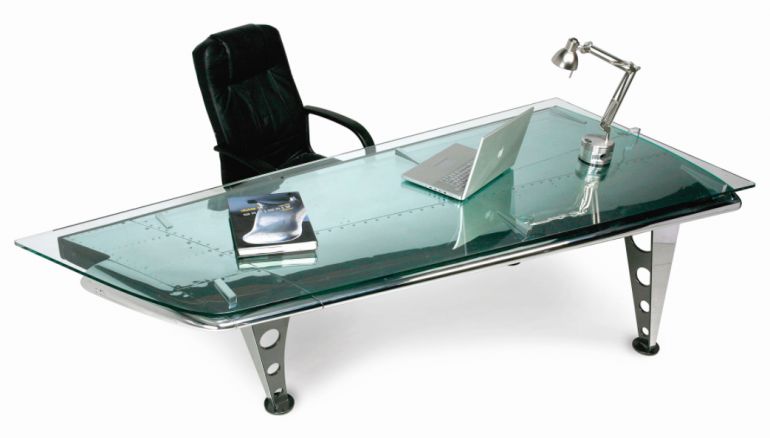 Rahul Kalvapalle — March 6, 2015 — Art & Design
References: motoart & gizmag
Motoart is well known for upcycling parts of old airplanes into furniture, but it may have outdone itself with this particular desk, which is made from the elevator of a Grumman HU-16 Albatross. By elevator I don't mean the kind that takes you up to your apartment, but the surface of the rear of the plane that is used to control the plane's pitch.

The Grumman HU-16 Albatross was produced between 1949 and 1961 and used by the US Air Force, Navy and Coast Guard as well as numerous other military forces around the world.

Only 466 of these were built, making for a total of 932 elevators. However it's safe to assume that Motoart probably doesn't have access to all of them so if you want in on one of these, act fast.