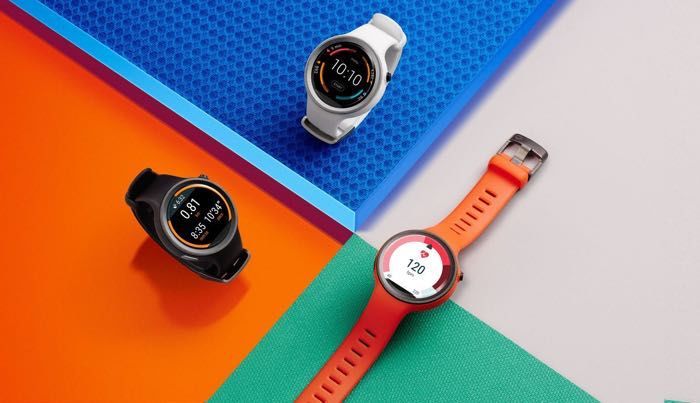 The Motorola Moto 360 Sport is Fit for Fitness Fans

Malika Renee Butss — January 11, 2016 — Fashion
References: motorola & geeky-gadgets
Share on Facebook Share on Twitter Share on LinkedIn Share on Pinterest
Motorola has developed an intelligent timepiece named the Moto 360 Sport that's new to the smartwatch scene. With an array of smartwatches on the market, the multinational telecommunications company has set itself apart by producing a smartwatch for gym gurus and sport fanatics.

The new Motorola Moto 360 Sport comes with a 1.37 inch display that features a resolution of 360 x 325 pixels. In addition to this, the smartwatch also features a Quad Core 1.2Ghz Snapdragon 400 processor with a clock speed of 1.2GHz, plus 512MB of RAM and 4GB of storage. Designed for even the most intense workouts, the Moto 360 Sport's strong silicone construction doesn't absorb sweat and resists fading or staining while side ventilation keeps wearers cool.

Most importantly, the Moto 360 Sport has a built-in GPS that works seamlessly with Motorola's fitness app Moto Body. Users can track their distance traveled, pace, lap times, and more so that there’s no need to carry their phone to know how they're doing.
4.2
Score
Popularity
Activity
Freshness
Get the 2021 Trend Report FREE