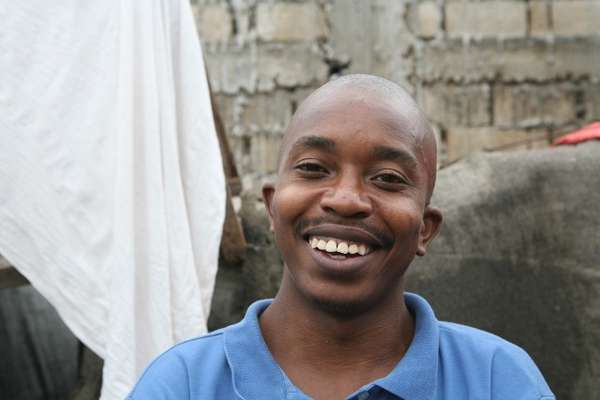 Tiana Reid — September 7, 2011 — Social Good
References: moralfibers.co & vimeo
Share on Facebook Share on Twitter Share on LinkedIn Share on Pinterest
In early July, we covered Moral Fibers and it's still one of SocialBusiness.org's top viewed articles. Recently, the Moral Fibers Artist Profile was released and this one features 27-year-old Haitian artist Gurrier Puchon -- with paintbrush in hand, of course.

Set to upbeat music and quirky typographic subtitles, the video itself is simple but tells a tale that's been told time and time again. Pouchon, like many artists around the world, took up art as an interest, no, a passion, and not as a means of earning an income. "In our country," says Pouchon, "being an artist doesn't bring a lot to the table. It doesn't make you rich and isn't glamourous." In the future, he plans to host a workshop so that he can teach younger artists the tricks of the trade.

It's great how instead of focusing on what countless non-profits do -- the negative -- the Moral Fibers Artist Profiles create a positive spin on the Haitian social and economic conditions that are often given a tourist lens and described as "harsh" in mainstream media. Thankfully, there will be more Moral Fibers artist profiles in the future, which will showcase the Haitian men (it seems only men) behind the art that Moral Fibers features on their vibrant tees.

Despite what government funding may think, art and culture matter. "Drawing, for me, is a means of communication between me and my imagination," explains Pouchon. Small contributions like that of the Moral Fibers Artist Profile that showcase how affect and politics interact in the form of visual art.