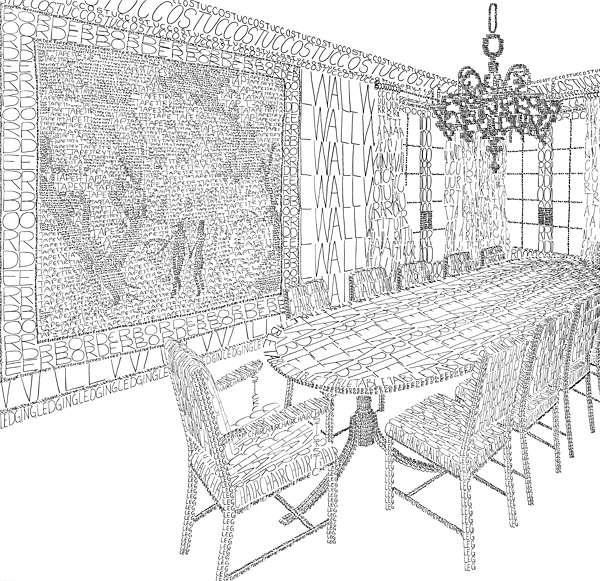 Alexander Lam — May 29, 2013 — Art & Design
References: thomasbroome.se & designtaxi
Using only words, artist Thomas Broomé created a series of uber-descriptive room drawings called 'Modern Mantra.' Each room that Broomé drew is composed only of words and nothing else. Furniture, walls and rooms were all drawn using the words that describe them. For example, the table was drawn using the word 'table' while the walls were drawn with the word 'wall.' With this restriction, Broomé went to create detailed rooms with lighting and perspective.

The amazing illustrations in 'Modern Mantra' were created with only ink and paper. As a result, each drawing is monotone. However, Broomé still managed to make his drawings realistic with varied spacing between words to show differences in light. The words for the wall were spaced apart while the words on the tapestry were clustered closely together.
1.3
Score
Popularity
Activity
Freshness