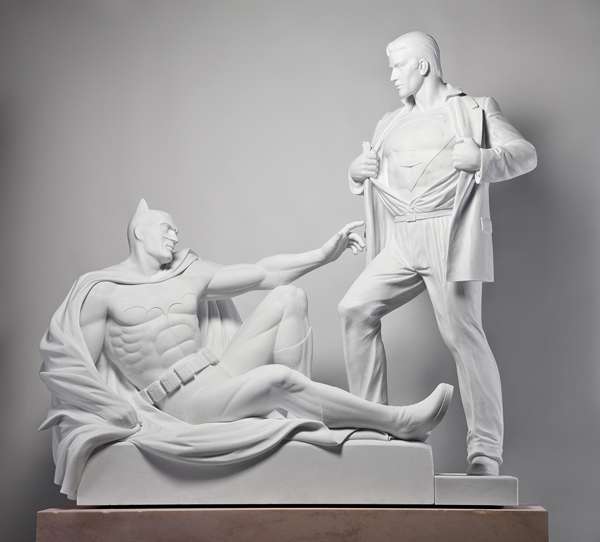 Meghan Young — May 29, 2012 — Pop Culture
References: mauroperucchetti & neatorama
Share on Facebook Share on Twitter Share on LinkedIn Share on Pinterest
The Modern Heroes sculpture mimics the classical statues from ancient Greece and Rome. Instead of depicting beautiful muses and famous individuals, the Modern Heroes art piece portrays two fictional characters, which to some may as well be as famed as some of the people storied in myths and legends. These two characters are Batman and Superman, two of the most beloved and prevalent characters in comic book history.

Created by United Kingdom sculptor Mauro Perrucchetti, the Modern Heroes statue has been hand carved out of white marble. Known for work that mixes a minimalist aesthetic with pop culture references, Perrucchetti's work is often a blend of elegance and irony. Although he is very much British, he also makes reference to Italian culture, of which the Modern Heroes sculpture is a perfect example.
3.6
Score
Popularity
Activity
Freshness
View Innovation Webinars