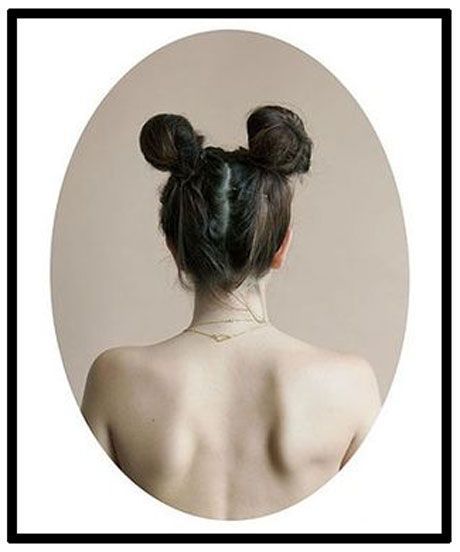 Cadhla Gray — October 3, 2015 — Art & Design
References: tarabogart.virb & refinery29
Share on Facebook Share on Twitter Share on LinkedIn Share on Pinterest
This photo series by Tara Bogart showcases modern hairstyles of the Millennial woman. Changing style, color and shape, the modern female certainly is not afraid of change. In fact, Millennials are known to have short attention spans and that is reflected in their own personal styles as well.

This photo collection showcases blue, red and ombre-colored hair. There are afros, buns and pigtails with short, long or even shaved hair. Featuring curly, straight and every texture in between -- the series celebrates the individuality in young adults and their struggle to express themselves.

The photo series 'A Modern Hair Study' was inspired by the photograph 'Hair Study' taken by Felix Nadar in the 1800s, which documented the same mysterious angle of a woman from behind. This series copies the angle and old-fashioned portrait frame, while replacing the commonplace look of that time with more surprising modern hairstyles.
6.2
Score
Popularity
Activity
Freshness
View Innovation Webinars