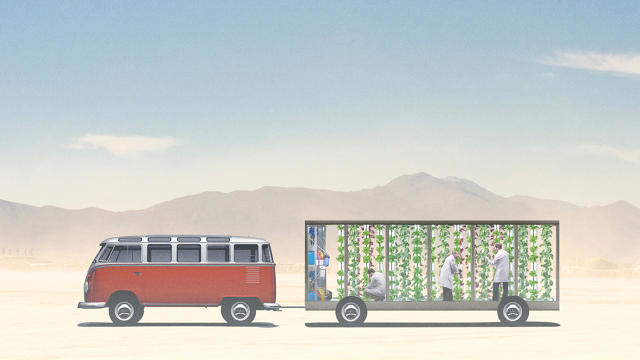 Isabel is an Airstream Trailer that also acts as a portable farm that will be bringing kale and education to the masses. Specifically, the Isabel team hopes to raise awareness that this kind of indoor farming uses 95% less water, grows twice as quickly and doesn't use any pesticides.

Described as modular, mobile and delicious, the farm addresses the issue of food security, especially when considering the bigger picture and feeding a growing world population into the future. In addition to kale, Isabel will grow cucumbers and tomatoes in a transparent dome for all to see and learn what such an operation looks like.
3
Score
Popularity
Activity
Freshness
Attend Future Festival Virtual