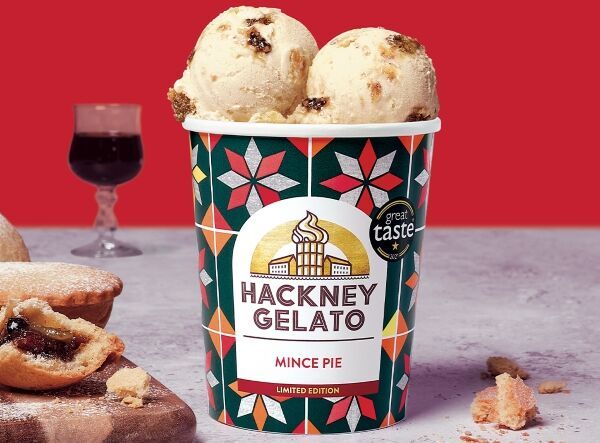 Laura McQuarrie — November 3, 2021 — Lifestyle
References: hackneygelato & dairyreporter
Share on Facebook Share on Twitter Share on LinkedIn Share on Pinterest
Hackney Gelato is pleasing fans of mince pie in the UK this holiday season with its limited-edition Mince Pie Gelato. The frozen treat combines chunks of homemade shortcrust pastry, raisins, spices and Pedro Ximenez sherry. Made with a base of fresh milk and double cream, this frozen dessert is said to be "Christmas in a tub" thanks to its many flavorful ingredients like candied orange peel, vegetable suet and mincemeat.

Co-founder Enrico Pavoncelli grew up in Italy and never tried mince pie before and at first, was skeptical to the idea. After some convincing and experimentation in the kitchen, Pavoncelli said, "I think I might love our gelato even more than panettone."

This festive gelato flavor joins other options from the brand that promises to be just as comforting during the cooler months of the year.
2.1
Score
Popularity
Activity
Freshness
View Innovation Webinars