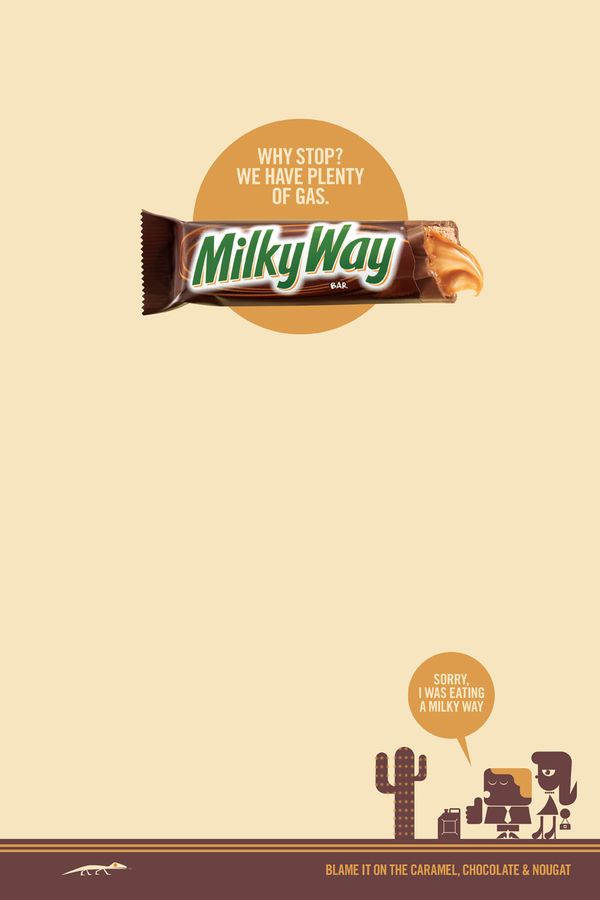 Meghan Young — February 5, 2014 — Marketing
References: ddb & adeevee
Share on Facebook Share on Twitter Share on LinkedIn Share on Pinterest
The Milky Way 2014 ad campaign appears to revolve around classic 'did I do that' moments as immortalized by the high-pitched Steve Urkel. It revolves around avoidable accidents including a sinking ship and moving truck mishaps in which the one to blame says nonchalantly, "Sorry, I was eating a Milky Way." It seconds the excuse by reading, "Blame it on the caramel, chocolate and nougat."

Conceived and executed by the DDB ad agency based in Chicago, Illinois, the Milky Way 2014 ad campaign was art directed by Alex Zamiar with creative direction by Mark Gross. Taking on the colors of the chocolate bar, the minimalist illustrations were created by artist Mick Marston and designer Cody Petruk.
4.9
Score
Popularity
Activity
Freshness
Access Advisory Services