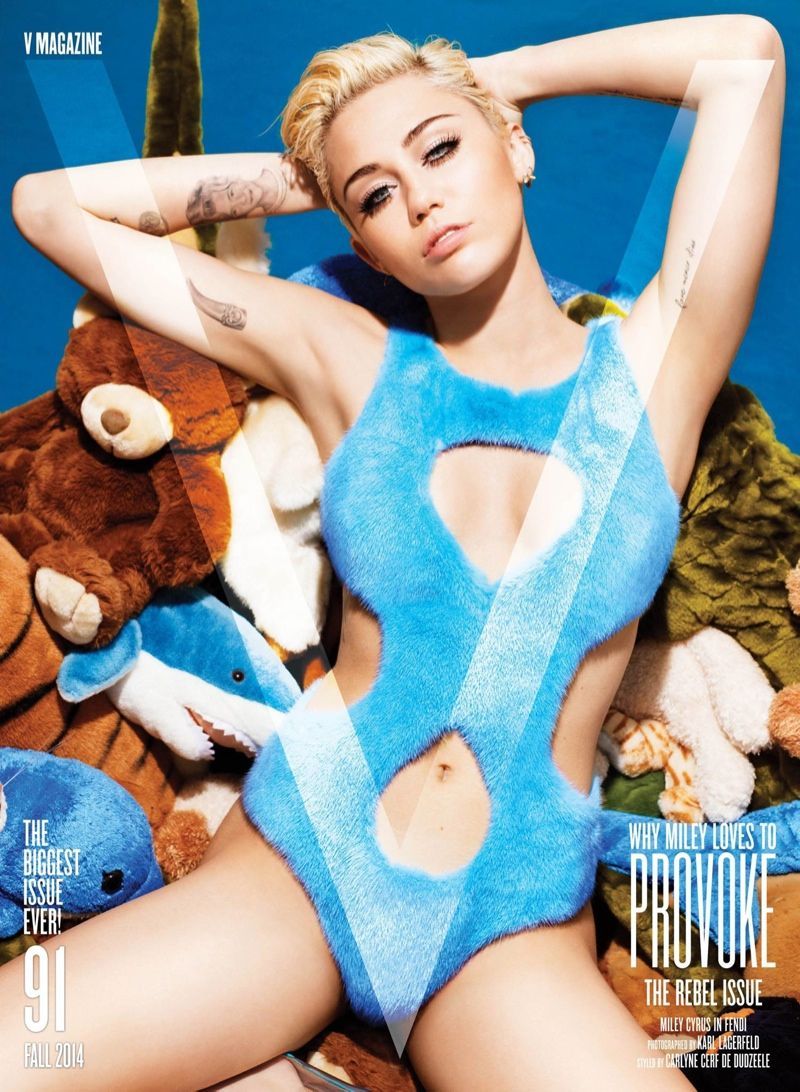 Not a stranger to controversy, Miley Cyrus has had her fair share of ups and downs in the media, particularly due to her swift shift from Disney starlet to mature vixen. Taking the fashion and music world by storm, Cyrus has become a staple on magazine covers and campaigns, showcasing her tough and unapologetic nature. The Fall 2014 cover for V Magazine has featured Cyrus in a playful yet sensuous manner reflective of her new found media image, showcasing her in a furry cut-out ensemble while draped on top of a bunch of stuffed animals.

Sure to attract the hoard of Miley Cyrus followers that she's generated online, this Fall 2014 V Magazine cover showcases the starlet's continuing dominance in mainstream media.