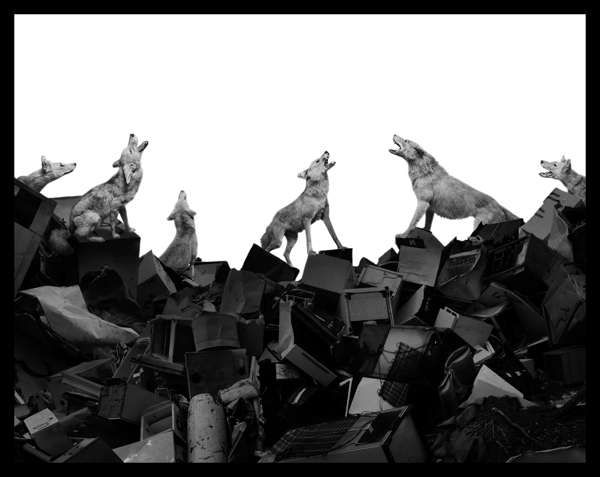 Migration by Nick Pedersen Addresses the Consequences of Deforestation

Meghan Young — April 30, 2013 — Fashion
References: behance.net & visualnews
Share on Facebook Share on Twitter Share on LinkedIn Share on Pinterest
Migration by Nick Pedersen is a photo series that depicts the possible future of wild animals inhabiting urban spaces. If humans continue to destroy their natural habitats, that might just happen. There are only so many sanctuaries in the world. It could be considered a complementary series to the Philadelphia-based photographer's previous Ultima series, which depicted humans surviving in a post-apocalyptic future.

In place of humans, Migration by Nick Pedersen focuses on animals from lions and bears to moose and wolves. The photographer writes, "This body of work was created as a response to the increasing issues of urban sprawl and deforestation that are destroying wild spaces and displacing animals from their natural habitats." It will truly make people reflect on their actions more.
1.6
Score
Popularity
Activity
Freshness
Attend Future Festival