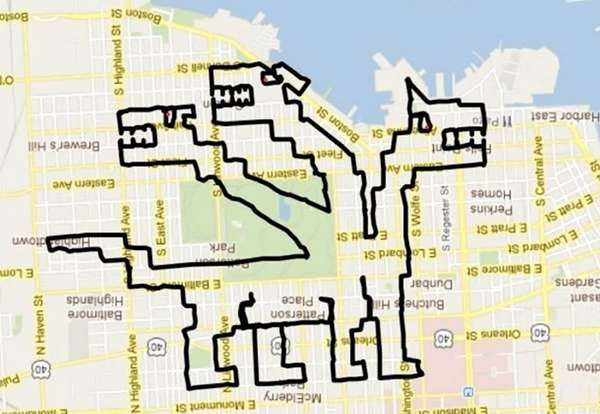 These city-scale sketches form a series of contours that comprise of the Titanic, three-headed monsters, an 18-wheeler and more. He plans his routes carefully and at times, rides up to 17 miles for just a single GPS recording image. There are symbols, historic events and story characters incorporated in this 'virtual geographic adventures' series.

This brilliantly crafted art illustrations are a creative way to incorporate communal art that involves an entire city region. Michael Wallace rides through major city streets, small alleys and parks; it's vital to follow directions as each wrong turn will be game over.