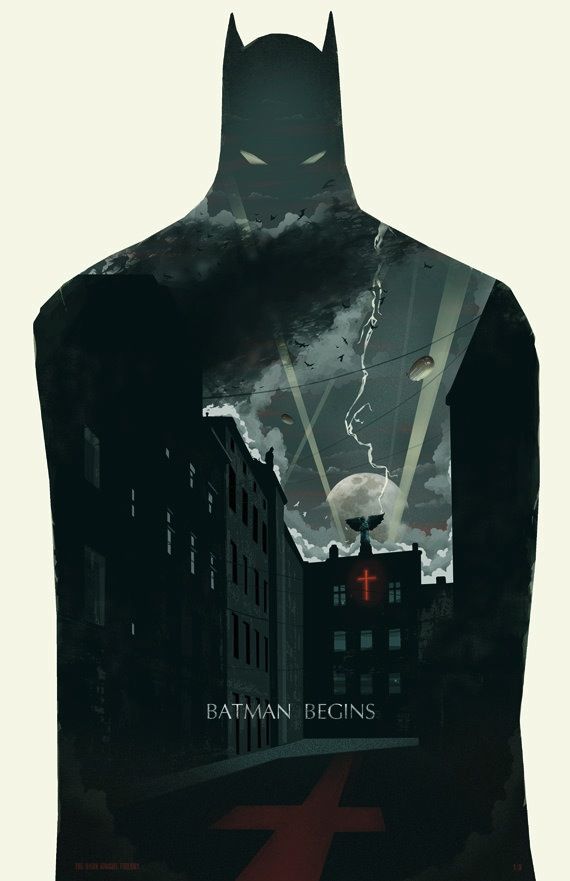 Michael Rogers' Batman Posters Reflect the Darkness of the Trilogy

The three posters depict an ominous looking Batman with white slit eyes and an image from each movie emblazoned across his silhouette. The first image features Arkham Asylum, the mental institute for the insane, with a red illuminated cross shining down onto the street. The second shows The Joker, the nihilistic villain, looking out through a window at Wayne Tower, while the third features Batman standing high atop a building with a horde of bats fluttering above him.

The designs are all indicative of Rogers' design style, with many of his illustrations done in similar caricature style.
6.7
Score
Popularity
Activity
Freshness
Jeremy Gutsche Keynote Speaker