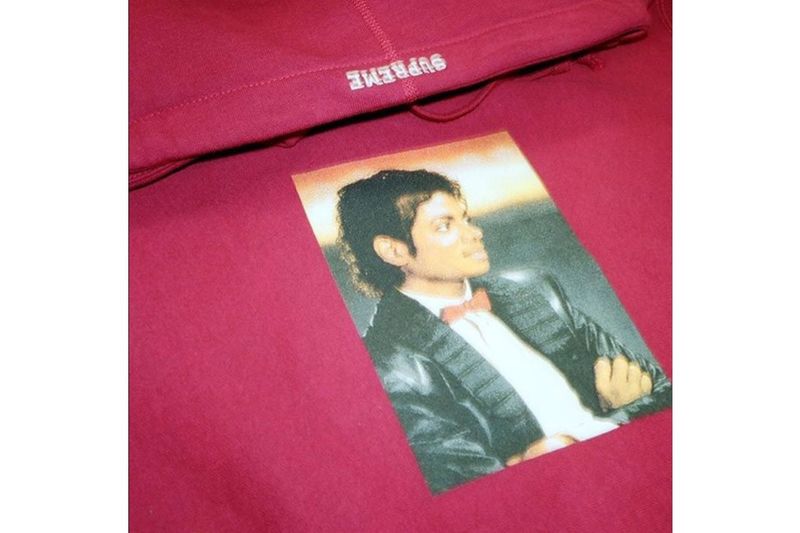 Supreme Will Be Launching a Michael Jackson Collection in the Future

So far, images of both hoodies and tees have been uploaded, all of which sport full-color graphics of the man known as the King of Pop. As Highsnobiety reports, the Michael Jackson collection would join the streetwear giant's various other commemorative launches, which includes apparel that features iconic model Kate Moss, legendary boxer Muhammad Ali, and Morrissey, the singer and songwriter who's most widely known for his work with The Smiths.

While no exact date has been given for the official drop as of yet, Supreme Leaks News has implied that it will be coming up soon.
2.1
Score
Popularity
Activity
Freshness
Get the 2021 Trend Report FREE

Diamond-Quilted Dress Shoes
Supreme and Dr. Martens Teamed Up for a Line of Formal Shoes for Men