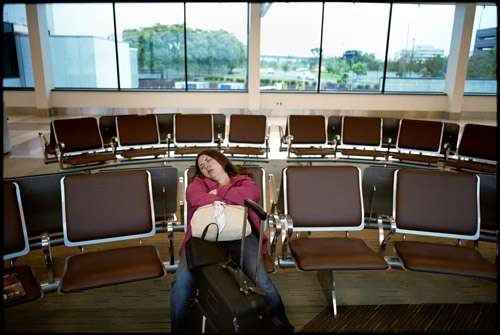 Michael Cinque's 'Sleeping in Public' is Sweet, Dreamy and Honest

Marie C. Hudson — December 2, 2011 — Tech
References: cinquephotography & booooooom
As someone who's been known to fall asleep on public transportation far more than I'd like to admit, I've always feared that a stranger might snap my photo mid-drool, which is why I was extremely relieved to not find myself hidden in the candid captures of Michael Cinque's 'Sleeping in Public' photo series.

Cinque, a California-based photographer, created the series after unintentionally collecting a number of portraits showing people in their most vulnerable drowsy states. Featuring a collection of both comedic and sentimental photos, the series explores the idea of exposing one's private moments in public. Though it isn't unusual to see a person fall asleep on a park bench or in the waiting room of the doctor's office, there's still a sense of vulnerability and humor associated with it.
4.5
Score
Popularity
Activity
Freshness