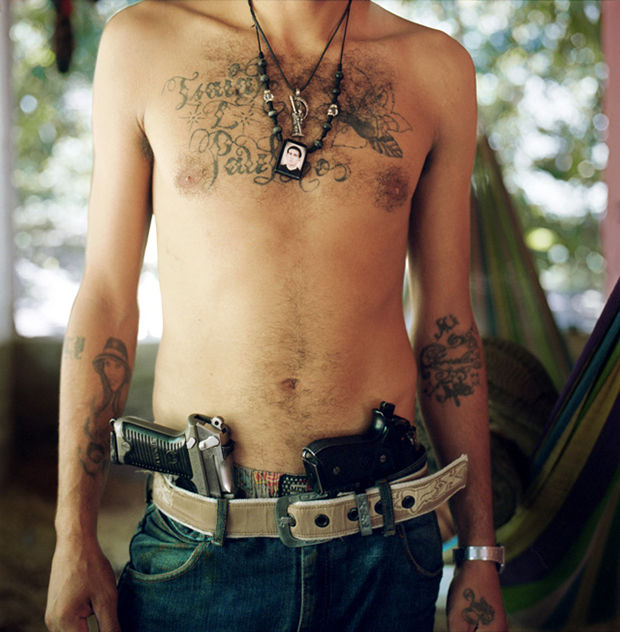 This Mexican Cartel Photo Series is Alluring and Candid

Farida Helmy — July 11, 2014 — Art & Design
References: brettgundlock & featureshoot
Stumbling upon this fascinating scenario of how residents were able to drive out a group of cartel-associated loggers out of their town, Toronto-based photographer Brett Gundlock was lucky to be able to capture this alluring story in his Mexican cartel photo series.

Sharing with the world a heartwarming instead of horrific story about Mexico, Gundlock photographs the small town in Mexico and its remarkable residents that were able to take control of their own town in this 'El Pueblo' series. In the Mexican cartel photo series, we see how the tiny town of Cherán was exploited by loggers from a local cartel up until 2011 and how they were finally able to drive them out.

“I was intrigued by how Mexico is represented in our media and viewed by our society. I began traveling through the country with the sole goal of understanding the causes of the current situation," says Gundlock.
1.6
Score
Popularity
Activity
Freshness