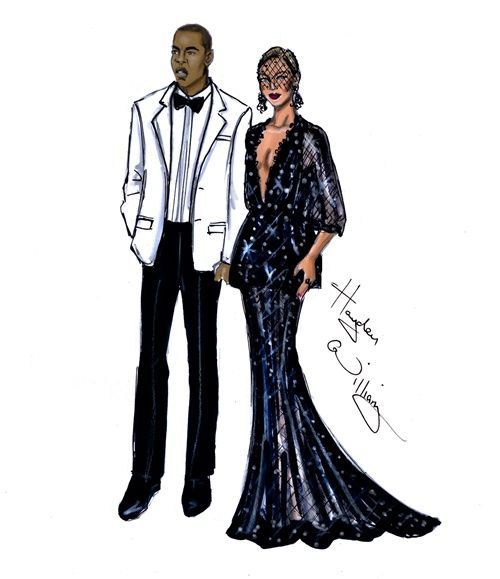 Laura McQuarrie — May 10, 2014 — Pop Culture
References: haydenwilliamsillustrations.tumblr & designtaxi
Share on Facebook Share on Twitter Share on LinkedIn Share on Pinterest
One of the highlights of the New York Met Gala each year is the fabulous Met Gala dresses that celebrities put on for the occasion. This year, to recap some of the most memorable looks, Yigit Ozcakmak and Hayden Williams have compiled an illustrated a series of them.

With this year's Met Gala theme being 'White Tie,' there were a lot of black and white looks on the red carpet, including Rihanna in a midriff-bearing two-piece by Stella McCartney, Sarah Jessica Parker in a full Oscar de la Renta ball gown, Charlize Theron in Dior and beloved celebrity power couple Beyoncé and Jay-Z both rocking looks by Givenchy.

However, as illustrated, there were some colorful looks too, including Kim Kardashian and her striking blue Lanvin dress.
0.5
Score
Popularity
Activity
Freshness
View Innovation Webinars