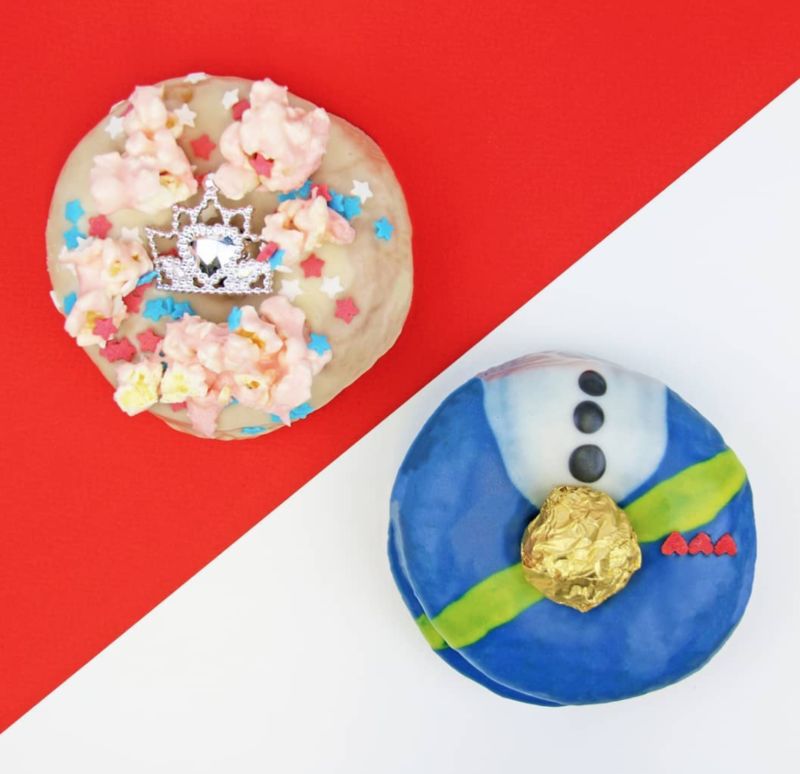 Katherine Pendrill — May 18, 2018 — Lifestyle
References: instagram & popsugar
Share on Facebook Share on Twitter Share on LinkedIn Share on Pinterest
With the royal wedding just days away, the UK-based bakery chain Doughnut Time has begun selling Prince Harry and Meghan Markle donuts. While there are a number of other royalty-inspired treats available in the lead up to the big day, these fluffy pastries are perfect for monarchy fans with a sweet tooth.

Donut Time's Prince Harry and Meghan Markle donuts are two colorful pastries inspired by the soon-to-be newlyweds. The Meghan-themed donuts is called the Meghan Sparkle,' and it features a buttered popcorn glaze topped with marshmallow popcorn and a smattering of America-style red, white, and blue star sprinkles. The second donut is called the 'When Harry Met Meghan,' and it boasts a blue creme glaze that mimics the prince's uniform, as well as a golden Ferrero Rocher chocolate on top.