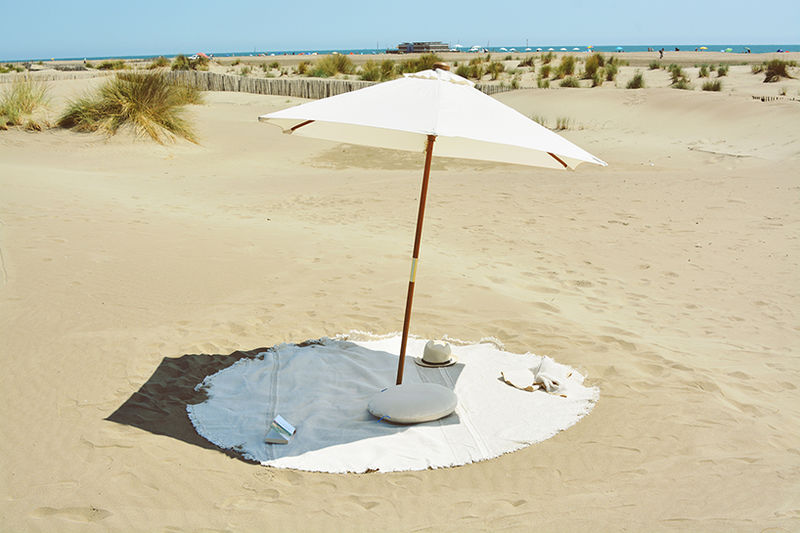 This Massive Beach Towel is a Circular Mat Made for Lounging

Ady Floyd — June 11, 2015 — Lifestyle
References: kickstarter & designboom
Share on Facebook Share on Twitter Share on LinkedIn Share on Pinterest
This massive beach towel called 'big towel' is the perfect beach accessory for the summer season. The circular shape of the towel makes it stand out among the traditional rectangular beach towels. The designer Christophe Caranchini grew up surrounded by water which was his inspiration to create this massive beach towel.

The towel is simple and elegant, made from a cloth material. It is described by Caranchini as "a towel, but bigger." It is large enough to hold an entire family making it perfect for beach picnics, but it can also be a spacious mat for one. A hole is provided in the center to hold an umbrella if desired. In addition, the towel is accompanied by a small head pillow.

The cloth fabric is made form a cotton and linen honeycomb blend that makes it lightweight and easily transportable for hikes and days spent at the beach.