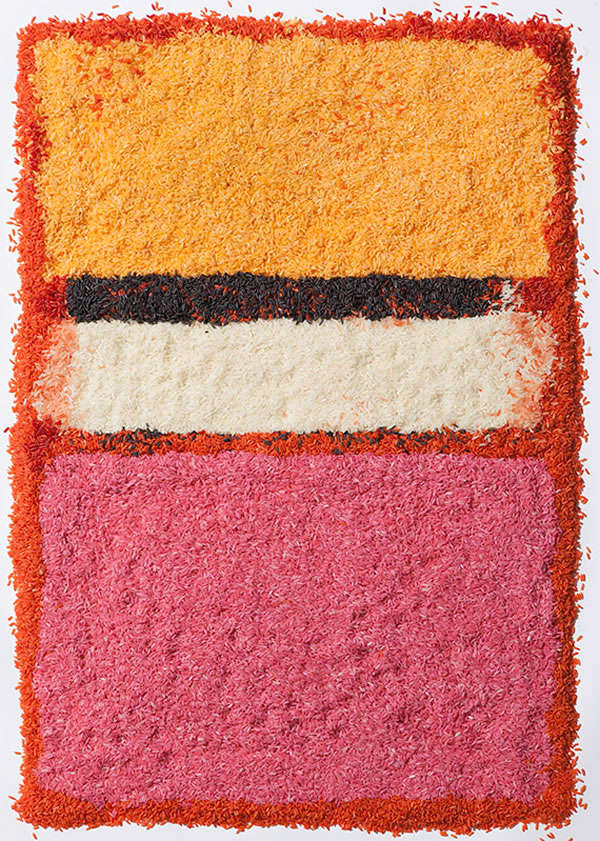 Meghan Young — October 12, 2012 — Fashion
References: henryhargreaves & neatorama
There's something a little fishy about the Mark Rice-Ko series, or perhaps it would be more accurate to say 'ricey.' That is because each piece re-imagines Mark Rothko's defaced paintings, created back in 1958 for New York's The Four Seasons restaurant, out of rice. The Mark Rice-Ko series was specifically inspired by Rothko's wish to create "something that will ruin the appetite of every son-of-a-bitch who ever eats in that room. If the restaurant would refuse to put up my murals, that would be the ultimate compliment. But they won’t. People can stand anything these days," due to his hatred of the elite.