10% Of Anorexics Are Male

Queen Star Blames Women for Anorexia On The Catwalk 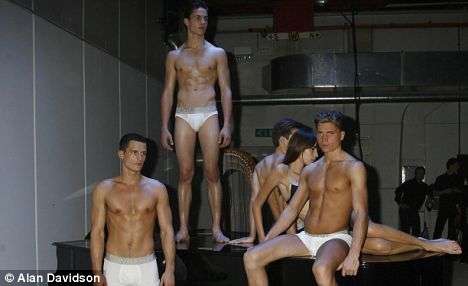 As the fashion industry puts a greater focus on males, we are seeing more and more waif-like men in slim-fit clothes parading the catwalks. In recent years, designers have been promoting size zero chic for both men and women.

British psychiatric consultant, Professor Hubert Lacey, says that that men are subject to a relentless message that body perfection is a measure of self-worth, and that men from the higher social classes are most commonly affected by eating disorders.

This summer, Professor Lacey saw more male than female anorexia referrals for the first time ever. “It was shocking, a huge surprise and evidence of how rapidly male anorexia is increasing,” he said.
5.9
Score
Popularity
Activity
Freshness
Attend Future Festival Virtual