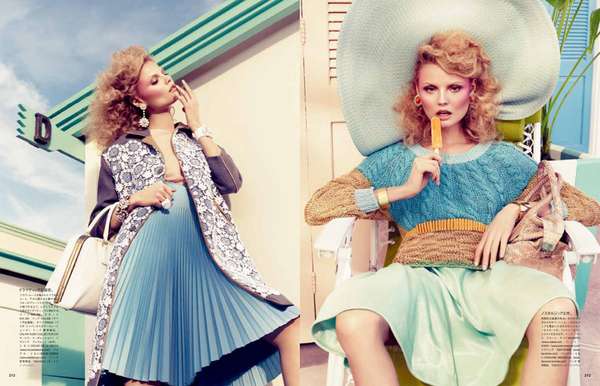 While it may be a little bit early, Fall Fashion Week is only a couple of months away so Spring 2012 pieces are having their moment in the spotlight. 27-year-old Polish model Magdalena Frackowiak wears pieces by some of the top designers in the world, like Givenchy, Prada and Diane von Furstenburg.