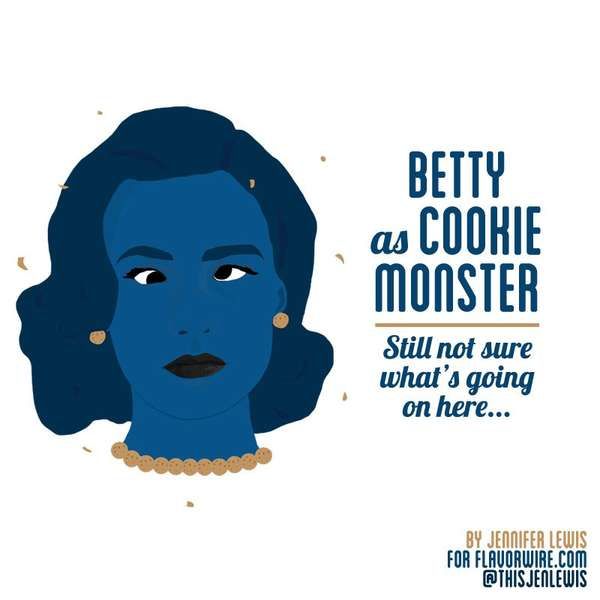 Brandon Bastaldo — April 6, 2013 — Art & Design
References: flavorwire
Share on Facebook Share on Twitter Share on LinkedIn Share on Pinterest
With fans getting more excited about the premiere of the sixth season of AMC's advertising drama Mad Men, it's understandable that there has been a lot of ingenious and eye-catching fan tribute artwork created for this somber series, but it's fan work like Jennifer Lewis's Mad Men Muppets that need to be truly praised for taking a comical spin on this usually downbeat show.

By adding distinct hues, hilarious captions and Muppet-like features to each of these integral character's faces, Jennifer Lewis's Mad Men Muppets look like what would happen after Muppet creator Jim Henson spent a day on set of this 60s-centric TV show.

Images of Betty, Don Draper, Peggy, Pete, Sterling and red head Bombshell Joan are just some examples of the great character-to-Muppet appearance alterations that Lewis was able to whip together.
3
Score
Popularity
Activity
Freshness
Get Better and Faster