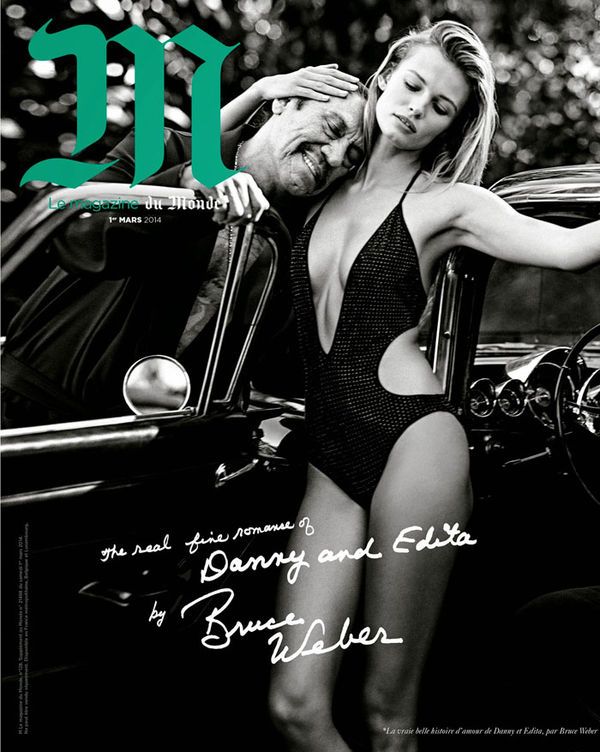 Meghan Young — March 20, 2014 — Fashion
References: lemonde.fr & models
Share on Facebook Share on Twitter Share on LinkedIn Share on Pinterest
The M Le Monde March 2014 cover shoot envisions one very odd couple: model Edita Vilkeviciute and Mexican-American actor Danny Trejo. Yet there is a playfulness to most of the scenes that is sure to win people over to their side, that is if they were dating in real life. From an adorable fixation on the model's butt to his intimate moments with her in the early morning, Trejo would certainly make her life more interesting.

Shot on location by photographer Bruce Weber, the M Le Monde March 2014 cover shoot, which is titled 'The Real Fine Romance of Danny and Edita,' is captured both in color and black and white. The outfits showcased throughout were styled by fashion director Aleksandra Woroniecka, who pulled pieces from the likes of Saint Laurent Paris by Hedi Slimane, Lanvin and Chanel.
3
Score
Popularity
Activity
Freshness
Access Advisory Services