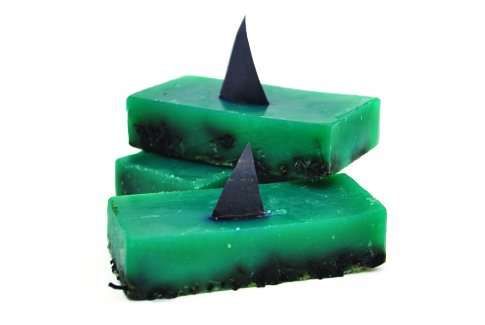 Marie C. Hudson — September 1, 2011 — Fashion
References: lush & temptalia
Share on Facebook Share on Twitter Share on LinkedIn Share on Pinterest
Saving sea creatures has never felt -- or smelled -- better than with the Lush Shark Fin Soap. As described on the Lush website, the all-vegan cleanser is “packed full of softening seaweed, scrubby fine sea salt, and zest lime oil," to have you smelling great while helping out a great cause. With 100% of the profits going to Shark Savers, a charity dedicated to protecting and conserving the shark population around the world, this predator-packed product is a win-win.

Though I wouldn't personally want to meet up with a shark while out for a swim, the toothy sea monsters play a vital role in maintaining ocean life and the ecosystem. Rather than ordering a bowl of shark fin soup, why not try out the Lush Shark Fin Soap at an incredibly appetizing low price?
1.7
Score
Popularity
Activity
Freshness
Access Advisory Services