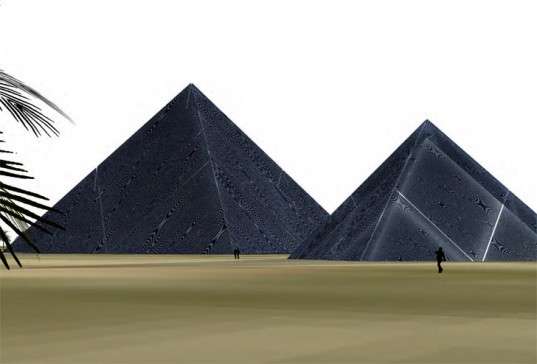 The design of these Lunar Cubit pyramids has already wonfirst prize in the Land Art Generator Initiative, a contest for designers to propose green and innovative proposals.

Lunar Cubit is completely solar-powered and surrounded with eight small pyramids with LED lights, which represent a lunar calender and illuminate with different phases of the moon. Another feature of this 21st century pyramid is that each of the solar panels consist materials like glass and amorphous silicon, enabling it to provide energy to 250 homes.
1.5
Score
Popularity
Activity
Freshness