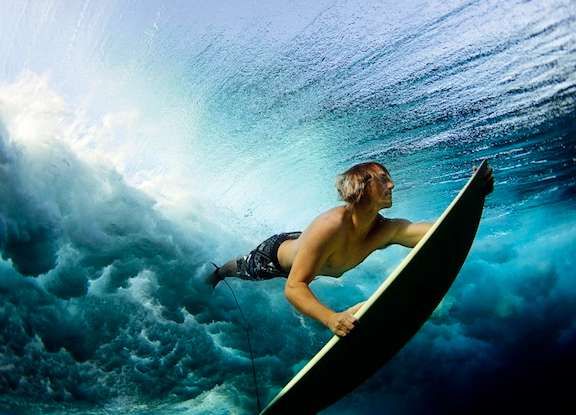 Jordy E — April 18, 2013 — Art & Design
References: luciagriggi & mymodernmet
Share on Facebook Share on Twitter Share on LinkedIn Share on Pinterest
Photographer Lucia Griggi has captured athleticism from beneath the water's surface. The half English, half Italian artist has done so via his images of surfers, moving in and out of the waters as Griggi picked up on the featured motions with his camera.

Griggi is an avid surfer himself, and once taught the sport. It follows that he has developed a knack for following surfers closely, picking up on their every move as they fell beneath waves and bursts of water.

Among the countries focused on by Griggi are Australia, New Zealand, Morocco and China. His penchant and love for surfing is reflected in his description of his project, "I love to be in or around water and surf. The feeling of being under a wave is such a beautiful feeling."
4.6
Score
Popularity
Activity
Freshness
Get Trend Hunter Dashboard