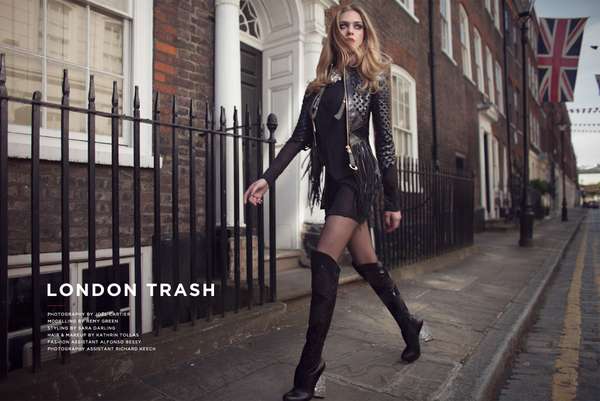 London Trash by Joel Cartier is Alluring and Carefree

Remy Green resembles a younger Kate Moss as she is captured marching down the streets of London, and is pictured in the back seat and trunk of a car. The hair and makeup artist Kathrin Tollas has painted the model's eyelids in a black smokey shadow with red lipstick.

The idea Joel Cartier had in mind while shooting this series was having a "trashy" girl who gets lost in the city of London. Joel Cartier is the co-founder of Eclumes Studios, and this is his first story for Ben Trovato.
5
Score
Popularity
Activity
Freshness