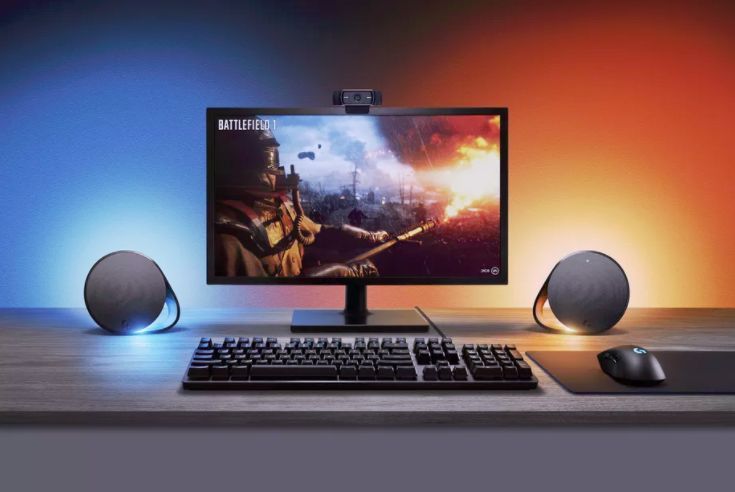 Justin Lam — March 16, 2018 — Tech
References: theverge & digitaltrends
Share on Facebook Share on Twitter Share on LinkedIn Share on Pinterest
Logitech's G label has a reputation of creating gamer focused equipment, and while they may not always be stylish the new Logitech G560 speakers are both aesthetically and technologically impressive. Built with both style and substance, the 2.1-channel system features a downward-firing subwoofer, two custom-tuned satellite speakers and RGB LEDs. The speakers support DTS:X Ultra surround sound imaging -- which can be switched on and off -- and can reach a peak of 240 watts. The speakers can be connected through USB, 3.5mm aux, or Bluetooth.

The Logitech G560 speakers feature an open software development kit, which allows game developers to program scenes based upon events that happen in the game. This feature generally affect the RGB lighting on the speakers as the lights can respond to occurrences in the game. The software also allows for better sound optimization for both players and developers, with the LED lights also allowing for user control.