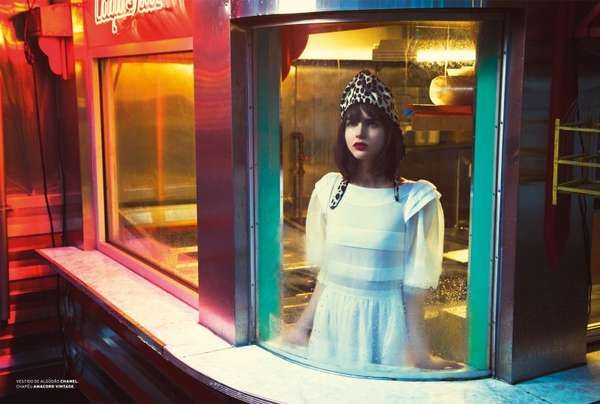 Meghan Young — April 11, 2013 — Fashion
References: revistalofficiel.br & fashiongonerogue
Share on Facebook Share on Twitter Share on LinkedIn Share on Pinterest
The L'Officiel Brazil 'Cena De Cinema' editorial is reminiscent of the adored French film, 'Amelie.' From the darkly romantic shots to the cute brunette star, the photoshoot is stylized in such a way that its cinematic qualities almost outshine the flirty fashion being showcased. Nevertheless, the looks are just as romantic, which ties everything together with a neat bow.