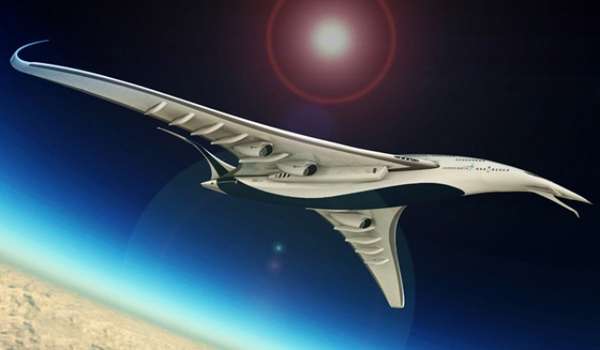 The Lockheed Stratoliner is Fiercely Futuristic and Green

Lockheed Martin is experienced in designing aircraft features meant for warfare, but commercial aircraft designs are a new realm for the company. Despite their relative inexperience, the Stratoliner is a winning design featuring futuristic styling and an innovative propulsion system.

The Lockheed Stratoliner is powered by four Cryogenic Hydrogen Turbofan engines. The engines allow the aircraft to cruise around the world emitting no emissions whatsoever. Taking from their military experience, the designers gave the Stratoliner's engines the ability to go into a low-power state (similar to what a fighter jet's engines can do), to save fuel while flying at a slower cruising speed.

The aircraft's engines are all well and good, but it's the design that truly takes the cake. The Lockheed Stratoliner is like no other aircraft out there with its reptilian nose and long, loping wings. The world may not be quite ready for this design, but at least this gives a glimpse of aircraft construction for the future.
6.1
Score
Popularity
Activity
Freshness
Jeremy Gutsche Keynote Speaker