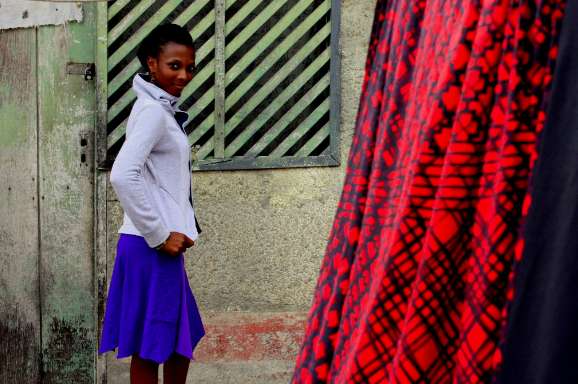 Tiana Reid — July 15, 2011 — Social Good
References: lizalig & facebook
Share on Facebook Share on Twitter Share on LinkedIn Share on Pinterest
Liz Alig mixes eco-friendly fabrics with fair trade practices to create the ultimate ethical fashion brand. While there are a great deal of clothing companies that take old attire and repurpose it to create a new piece that mixes vintage and modern, many of them do not take an explicit fair trade stance when it comes to the people part of their mission. But Liz Alig strikes a different chord by supporting low-income communities both in less-industrialized countries and in the United States. Further, 10 percent of sales are donated to support the training of women and children in the Majority World.

Because fair trade relies on a network of producers and consumers, Liz Alig doesn’t do it alone. By partnering up with the organization Mi Esperanza, located in Tegucigalpa, Honduras, Liz Alig is able to support low-income women with a fair pay and training them with employable skills. Another partner is Friends X Change of Belle-Rivière, Haiti, which operates under the umbrella of the charity Friends of Belle-Rivière, Inc. It’s there that women sew Liz Alig’s eclectic t-shirt bags. Liz Alig’s most recent partner is Global Mamas, located in Ghana, where women are supported through business ventures toward the greater vision of African women's economic independence.

It’s thanks to brands like Liz Alig that the relationship between the consumer and the producer is reconnected while getting away from the notion of charity. Liz Alig gives new life to old clothing while sustaining lives abroad.