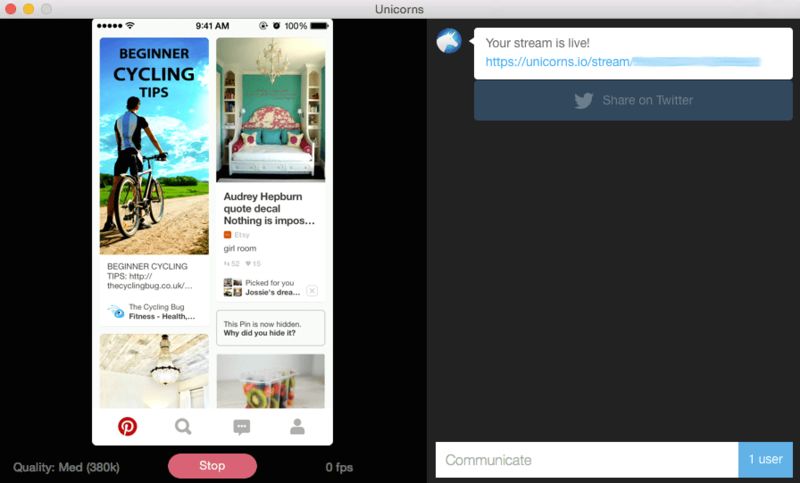 The 'Unicorns' App Lets Anyone Watch While You Use Your Phone

Katherine Pendrill — June 6, 2015 — Tech
References: unicorns.io & wired
Share on Facebook Share on Twitter Share on LinkedIn Share on Pinterest
There are a number of different live streaming apps available to consumers, but the 'Unicorns' app is unique in that it will stream whatever you are doing on the homescreen of your phone. The Unicorns app makes your personal samrtphone a public viewing platform, which means that strangers will be able to watch you text, play a game or browse the web.

To use Unicorns, simply download the app and then launch the program when you are ready to begin streaming. Once you are ready to go public, the app will send a tweet that invites others to watch the show. When the stream begins, everything that comes up on the homescreen of your smartphone will be publicly visible to your viewers, which could include anything from personal messages to even entering your passcode.

While not everyone has the desire to broadcast their private movements on live streaming apps, Unicorns does serve a practical purpose. Currently the app is being used by game developers to help them demo their software and test for any glitches or bugs. Gamers have also been using the app as a demonstration tool that allows them to show others how to play through a difficult level or complete a particular task.
1.7
Score
Popularity
Activity
Freshness
View Innovation Webinars